Fake Out is book one in the Fake Boyfriend series by Eden Finley. This was my first Eden Finley book and sparked my interest in MM sports romance reading.

Maddox dug himself a hole when he broke up with his high school sweetheart telling her he was gay now he has to pull himself out of it. When he’s invited to her wedding and needs to bring his boyfriend as his date. One problem, this boyfriend doesn’t exist because Maddox is straight.
Damon is asked by his sister to be the straight guys fake boyfriend, which he’s totally against the whole idea. Until he realises Maddox could help his career and meet a possible client.

Holy sass. The wit and sarcasm is one of my favourite things about Eden’s writing.
The chemistry between these two is undeniable and i really enjoyed the progression of their relationship

The ex girlfriend is the definition of stage 5 clinger, even when she’s engaged to someone else. Can’t say I blame him for fleeing her in the first place

Plus the audiobook narrations are perfection. Iggy Toma & Alexander Cendese are fantastic as duet narrators!

Trick Play is book two in the Fake Boyfriends series by Eden Finley. This is a continuation from the world built in Fake Out but focuses on a new couple.

Matt is a football player the has managed to ruin his chances at signing another contract to play when a photo in a compromising is situation is leaked.
Noah is a rich, entitled trust fund type. He is also one of Damon’s friends and brought in to be Matt’s fake boyfriend to help his career get back on track.

The aim is to get to know each other a cruise and fake their relationship to show a happy couple.

The build throughout their story has all the good things you want; a little spice, sassy banter, the feel good happy moments and the character development.

Plus the added bonus of setting us for the future stories with Talon and Miller. Along with the addition of Jet, Matt’s younger brother. His friendship with Noah is cute. It shows there is more to I’m than the privileged entitled trust baby persona. There is also a hint of Ollie and Lennon

Deke is book three in the Fake Boyfriends series by Eden Finley.

Lennon is the charming, nerdy journalist. Ollie is the hockey player with ex boyfriend troubles and the NHL career on the line if his secret gets out.

Ollie meets Lennon in a bathroom and is roped in to be his fake boyfriend at a family dinner.
Ollie’s family is full on. Built like Norse gods and act like bulls in a China shop.

I love how Lennon is written. His inner monologue as such. His lines are fantastic! ‘Do penguins have nipples’ 😂

Lennon and Ollie are too cute. A great mixture of sarcasm, cute fluff and a little spice.

Blindsided is book four in the Fake Boyfriend series by Eden Finley.

Pieces of their story have entered the previous books in the series. While still part of the series this book doesn’t hold the fake boyfriend trope.

Talon and Miller have been friends since college. After years of not playing together they’re back on the same team.

Miller has been harbouring feelings for 6 years for Talon and now they’re back in each other’s lives Miller is finding it difficult to push them down.
Talon is confused by Miller’s actions since they took home a couple of girls together.

Drunk Talon is both the cutest and annoying thing. He’s like an excited yet clumsy puppy.

Their story is so different from the others in the series and it’s so refreshing to have a different vibe. They have the that cute couple vibe while still maintaining the frat boy antics

Hat Trick is book four in the Fake Boyfriend series by Eden Finley. While part of the series this is not the fake boyfriend trope. It fits into the age gap and second chance romance tropes.

Jet is the cute musician and Matt’s little brother and very much treated as the little brother of all the group.
Soren is the out hockey player with ex baggage.

Soren and Jet had one night before Jet become the famous Jay of Radioactive and Soren got back together with his ex Bryce.

Soren and Jet are one of my fave Eden couples. They’re adorable. Jet with his sassy snark gives Soren the challenge he needs in life. Soren gives stability and comfort with just his presence.

Final Play is book six of the Fake Boyfriend series.

What a fantastic ending the Fake Boyfriend series by Eden Finley. The entire collective comes together in Fiji for one last hurrah before their lives all become marriage, children and their next stages.

Max & Ash, these two are possibly one of my favourite side character couples. They have so much history here. This story is so aptly tilted, their story is most definitely complicated. But I loved that we got to see them come together and get their happy.
Plus we get a glimpse of Jordan who of course appears in Famous Book 4 Encore with Blake.
———————
Winning You (Fake Boyfriend 4.5) This is a prequel of Hat Trick in the Fake Boyfriend universe

Marty & Luce, age gap and the most unlikely of partnerships. But they are so damn cute together. I adored these two! Plus for those Jet fans, we get a little more insight into how life was for him before Hat Trick. 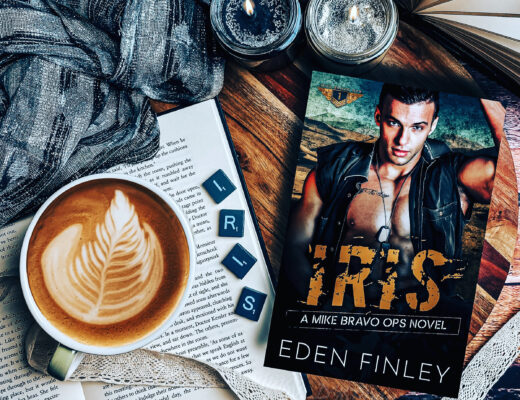