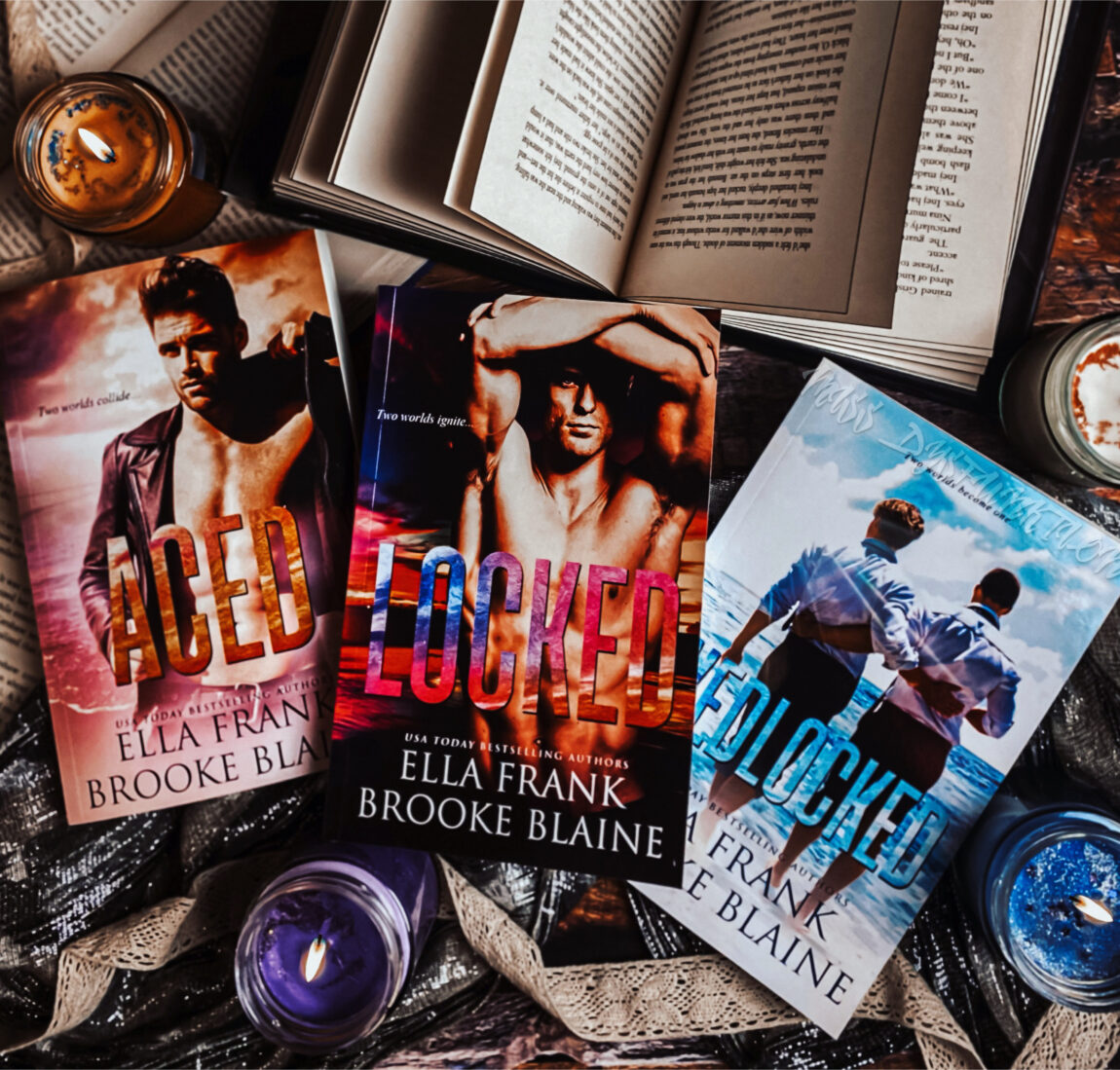 Aced is book one in the PreLocke series by Brooke Blaine & Ella Frank. A contemporary MM romance.
After mentions of Ace in Confessions series (I read the series all out of order) I just had to find out what the fuss was about and met this couple. I was not disappointed!

Ace is a Hollywood actor who recently came out publicly so is wary on public displays and entering a relationship. Until he nearly runs into the object of his infatuation, the sexy underwear billboard model.
Dylan is a model and scored an underwear campaign that has him plastered all over billboards. He is then cast in a movie with none other than his ultimate fantasy.

The early interactions of these two together are so damn cute. Ace his kind of grumpy energy and Dylan as the absolute definition of sunshine.

After the ending of Aced the boys are really thrown into the thick of it. The exact thing that Ace was hoping to avoid most. The spotlight on his relationship.

This book is really where both Ace and Dylan grow into their relationship. It’s very much a whirlwind though between the scandal and blackmail but ultimately they find their way.
But I absolutely loved Ace with Dylan’s family. Like he was always meant to be there. This is one of those sweet and cute couples, they don’t lose that sweetness throughout the entire series which I love.

I absolutely adore Ace and Locke. They are most definitely one of my fave BrElla couples (seriously I have a new one every time they bring out another book). These two are absolutely beautiful together. Wholesome and sweet. Even with the steam and spice.

But this book has all the cute and sweet feels. Plus the bachelor party brings so many BrElla faves together, my biggest faves being Logan & Tate but I can’t pass up Posh & Derek.

The epilogue though, if this book didn’t have enough perfection as it was. BrElla had to end it with all of the feels. The heart strings weren’t just pulled the were yanked.